How can I translate scenario thinking into practice?

Scenario thinking is an ideal tool for pension funds to identify risks. It is key, though, that the scenarios be used frequently. 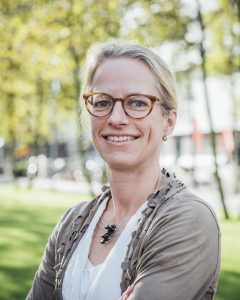 Pension funds face numerous challenges, such as the structural implementation of scenario thinking. The added value of scenario thinking is maximised when the scenarios are actually used frequently and are kept alive. At the level of balance sheet management, you can do so by regularly using scenarios to test the robustness of the fund’s investment policy, by considering and assessing signs indicating that reality is approaching one of the scenarios, or by detailing ideal policy in each of the scenarios. This will create in-depth understanding and ownership of the scenarios, leading to readiness, adaptability and adaptivity.

Breaking through ingrained ideas and illusions

Scenario thinking is by no means an easy endeavour. Developing challenging and surprising, yet plausible scenarios is a particularly difficult cognitive task that requires an out-of-the-box mentality and a great deal of originality. You have to imagine developments that have never occurred before, which we, humans, tend to struggle with mightily. Faced with this task, we are confronted by our ingrained ideas, illusions and patterns, which will have to be broken down in order to arrive at new insights and truly understand them.

Friction is an important building block

Scenario thinking, describing a version of the future, or worldview, is something you do as a group, preferably a mixed group, consisting of the fund’s own employees and third-party contributors. After all, overly homogeneous groups will lack the necessary creativity and ability to think outside the box. Ideally, people with diverging and confrontational opinions should also take part in the process, which can make the scenario process uncomfortable at times. As a matter of fact, it’s absolutely essential that people have the courage to share controversial opinions, as friction is a key building block when drawing up worldviews.

Predicting results is no guarantee of success

To date, we have not been particularly successful at trying to predict the outcome of uncertain events. There is no point in being 95% sure of something if the consequences of the remaining 5% may be disastrous. It therefore makes more sense to perform risk analyses on the potential consequences of an extreme event than on the likelihood of that extreme event.