Neoclassical economic theories are no longer relevant. They are the reason why the earth’s resources have been depleted so as to jeopardise the future. They have created a world in which extreme poverty abounds and the rich just get richer. That’s the contention of English economist Kate Raworth, who champions a new economy mirroring nature, in which responsible ESG policies are the norm.

Raworth teaches at Oxford University’s Environmental Change Institute and is also a Professor of Practice at the Amsterdam University of Applied Sciences. In her view, the unending economic growth pursued by neoclassical economists is the root of all evil. She believes that her new ‘doughnut model’ of the global economy can put an end to this constant growth – with beneficial effects for both people and the environment. “In essence, our current view of the economy is best represented by an upward line that never stops rising. That’s the core of our economic model. In fact, it’s a rather odd idea, and is completely alien to biologists and ecologists, for instance, for whom s-shaped curves represent the natural growth pattern. Growth is good – until we grow up. Then it’s time to stop. We have to learn from nature. Our current thinking is based on ever-growing economies, regardless of the wealth we’ve already accumulated. But why should the economy be the only system in the universe that can defy nature and continue growing forever? Finding an answer to unending growth is the main challenge faced by economists today.”

A sustainable, social world for all

In her bestseller, Doughnut Economics, Raworth takes a stand against neoclassical models and ideas. For her, the model for a new global economy without unending growth most closely resembles the shape of a doughnut. The hole in the middle marks the minimum social limit for humanity, and the outer edge demarcates the earth’s ecological ceiling. In order to create a sustainable, social world for all, the new economy of the 21st century must remain within the bounds of the doughnut, thus guaranteeing that everyone has access to the essentials of well-being such as food, education, healthcare, housing and equal opportunities.

Social justice and the environment

Ever since she was a child, Raworth has wanted to change the world. “I grew up at a time of famine in Ethiopia, greenhouse gases, the hole in the ozone layer and the Exxon Valdez oil spill. I thought that the best way of helping to make the world a better place would be by studying economics, because economics is the lingua franca of public administration. Having assumed that university would give me the tools I needed to change things, I soon realised that the issues that I considered to be important were marginalised in economic theories. That’s why I’ve spent the past 20 years incorporating issues like social justice and the environment in economic theory.”

A new generation of household managers

A series of misconceptions underlie the way in which economics is taught today, Raworth 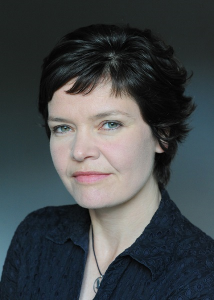 claims. “The first thing that economics students all around the world are shown is a diagram of supply and demand. They learn that the economy is the market, and that the market is in equilibrium. Well, that’s two untruths in one sentence. Ideally, students should first be asked a single question: what’s the purpose? If we don’t know what the economy is for, we won’t know what we are studying and what we are trying to achieve. We have to develop a notion of what prosperity actually means. Economics is all about household management. We have now reached the stage when we need to manage the largest household of all: earth itself. We need a new generation of household managers who can look after the earth – not just on a global scale, but nationally and locally.

According to Raworth, many universities still base their economics curricula on the model of supply and demand. “Apart from some exceptions, most universities still base their teaching on the principle of equilibrium. After spending six months working on mathematical equations, many students get frustrated and drop out. That’s terrible, because if young people want to understand how the economy works, we need to offer them a course that also addresses politics and the environment. Drawing strict dividing lines between different subjects is both dangerous and reductionist. I often hear students complain that they never get to interact with students from other disciplines. In order to solve major challenges such as climate change and inequality, you need to form teams of people from different disciplines, who can then approach problems from different angles.”

An outline of the new economics

For example, an international network called ‘Rethinking Economics’ emerged from the financial crisis because no one could use the current models to explain what was going on. “Students and academics alike saw a discrepancy between what they were being taught and what was happening in the world around them. This provided the impetus for an international movement made up of people who refused to follow just one worldview and instead wished to adopt a multiplicity of perspectives. I try to highlight this diversity in my book: what I attempt to do is to bring together ecological, feminist, institutional, complex and behavioural economists and let them dance across the pages. In doing so, I paint a picture of the new economics.”

Thriving, but not necessarily growing

Raworth believes that innovation should come not just from businesses and governments, but also from the financial industry, which currently focuses entirely on constant growth. “A number of individuals have already managed to develop innovative instruments. One of them is the economist John Fullerton, a disillusioned banker who left Wall Street and who now devises alternative forms of finance. Today, he invests on behalf of pension funds in companies that are thriving, but not necessarily growing. Not only does this generate long-term, stable returns, but the recipient company also does not feel under pressure to keep growing. This is an innovative approach because it requires all parties to adjust their expectations of what constitutes a good return in relation to a fair, stable and desirable future.”

A livable world for their grandchildren

In practice, Raworth finds that pension fund managers tend to say they have to maximise returns for their members. “They hide behind the fact that it’s your money and that they’re obliged to serve your best interests. That, they say, is why they have to pursue unbridled growth. At the same time, it’s a risky line of reasoning, because although most people do want to look forward to a comfortable pension, they also want their children and grandchildren to inhabit a livable world. So it’s about more than just money.”

On the other hand, it’s important that pension fund members adjust their expectations, too. “When a squirrel buries nuts in the summer, it doesn’t expect to dig up double the number in December. People today are addicted to unending growth, financially, culturally and politically. Pension fund members are no exception. But just suppose you start from scratch, talking to someone who has never ever heard of pensions. Wouldn’t you expect him to use his income in such a way that it lasts him his whole life, including after he stops working? Like the squirrel, he probably won’t expect his money to grow automatically.”

That’s why we need to shift to a different mindset, Raworth says. “It more than just a question of dealing differently with your income. You can also choose to continue working for longer. It’s also about changing the way people look at property. Why should you invest in a car if you can share one, and all the costs, with other people? Adopting a smarter approach is a second-order effect in an economic transition, but it’s difficult to adopt a radically different long-term mindset because of our evolutionary tendency towards short-term thinking. People are not very good at thinking ahead in the first place. And then we want them to forget about the idea of unlimited growth. In order to bring about a real change, we need to involve pension fund members, too. This means getting pension funds to change their policies. In the future, they will need to offer pension schemes that automatically generate social and environmental benefits, and let people opt out if they prefer to go for a maximum financial return instead. It’s the other way around at the moment.”